The video shows the bowl of the wineglass being blown after having been lowered into a dip (or optic) mold. Next, a small gather of glass, ribbed from having been pressed into the same mold is added to the end of the bowl thus re-softening the vessel wall. Air is forcefully blown into the blowpipe to inflate the newly-added glass. The stem is given its final shape, a foot is added, and the wineglass is completed.

A small gather is made on the end of a metal blowpipe. It’s marvered. The blowpipe is held upward, air blown into the blowpipe, and this will ensure that the bubble travels to the tip of the gather, thus making it somewhat thinner than the sides. The bubble is tapered, reheated, and lowered into the 12-rib dip mold or optic mold. The end is plucked out and, using the rubber blow hose, air is blown into the bubble as the tip is constricted. And a constriction is formed near the blowpipe and the cup is given its final shape.

The end of the bubble is made slightly conical and this will make centering the stem easier. The stem consists of a gather of glass lowered into the 18-rib mold placed on the tip of the bubble, twisted, cut free, and air is blown into the blowpipe. This blows through the foot of the bubble into the solid glass and a constriction is made near the tip of the bubble and, after reheating, this is repeated with the goal to completely close the join between the stem and the vessel body.

The stem is pulled outward, a constriction made near the tip of the stem. This will allow the excess glass to be broken free. The foot will be placed directly on the tip of the stem, so it's heated and flattened. A second blowpipe is used to make a bubble which will become the foot. The bubble needs to be opened and this is done by forming a constriction and knocking off the excess glass. The edge of the hole will become the edge of the foot after reheating. The jacks and the soffietta are used to make the bubble larger. During the reheating needed to soften the bubble, the stem is unavoidably softened slightly and it's force-cooled with air from the soffietta.

The foot is given its final shallow profile and a punty added to the base. The constriction near the blowpipe is broken and the upper part of the cup reheated. The edges of these glasses are exceedingly thin and this is accomplished with a thinning procedure whereby the thick glass is pulled outward and knocked off. The soffietta is used to inflate the upper third or so of the bubble and this makes the final opening easier. The finished glass is lowered into the annealing oven, the rod tapped lightly, and the vessel is broken free, left in the annealing oven for slow cooling. 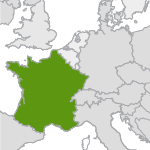