The video shows white canes of a small diameter being made. Next, the pre-heated canes are rolled up on the exterior of a thick-walled, cylindrical bubble of glass. This is then formed into a preliminary stem and foot construction, to be used later in the manufacturing process. The bowl is blown from colorless glass, and the stem and foot are added to its end. The vessel is then completed on the pontil.

This goblet is decorated with exceedingly thinly-pulled white canes. The process begins with the making of the canes. Clear glass is gathered on the end of a metal rod. The cores of the canes are, in fact, clear glass. When the glass stiffens, it's lowered into a pot of molten, opaque, white glass. As the glass cools, it transforms from transparent glass to opaque glass. The marvering (rolling back and forth on the metal table) further cools the glass. When this solidifies, it's thinly gathered with more clear glass. Glass is allowed to drip off back into the pot. The tip is marvered to cool the glass, and after reheating, the end of the glass is attached to another metal rod and the pulling of the cane begins.

The final cane will have a very small diameter (no more than about 2.5 millimeters). This is cut into short sections after the glass cools. The canes are placed on a ceramic plate thinly covered with kiln wash to keep the soft glass from sticking to the ceramic surface. This is placed at the mouth of the furnace so that the canes get to a temperature of about Fahrenheit 950 degrees.

Clear glass is gathered on the end of a metal blowpipe, marvered to make it perfectly concentric with the blowpipe, and perfectly round. Air is blown in and a bubble forms. This is elongated so the bubble is about the same length as the cut white canes. The bubble is rolled over the canes, and, because they're preheated and because the clear glass is hot and soft, they stick together. And after reheating and marvering, and repeated reheating and marvering, the surface becomes completely smooth.

This is thinly gathered over with transparent glass. Excess glass is again allowed to drip off the end of the blowpipe. The cane covered bubble is divided into sections. This outermost bubble will be used for the stem. The nearer part will be used for the foot. Next, the cup of the goblet is made, and this begins with a substantial gather of clear glass. After marvering, the bubble is begun and the tip is left particularly thick. To ensure that the tip stays thick, it's marvered more. The blowing of the cup begins. The glass is inflated, pulled outward, a constriction is begun near the blowpipe, and the thick glass trimmed in a way that leaves the bottom of the cup still thick. The lower portion of the vessel is shaped. A teeny bit of glass is added to the tip and tooled to become a merese. Another bit is added. This is pressed flat, and after reheating, the cane-decorated bubble is lowered into place, and the first element attached.

Using the jacks, the glass is constricted. Another constriction is begun. The jacks are pulled inward to create the oblate spheroid shape, and the excess glass at the tip is knocked free. Another bit of glass is added at the base. This will become another merese, on which the foot will sit. And after reheating the cane-decorated bubble, the uppermost part is attached, cut free of its blowpipe, and this will become the foot. A constriction is made and, at its narrowest part, the excess glass is broken away. The foot is reheated. The jacks are used to increase the diameter of the hole, and after another reheat, the soffietta is used to inflate the bubble. After a final reheat, the foot is given its final shape.

A punty is added to the base, and the neck broken free of the blowpipe. The rim of the goblet is particularly thin, so a special lip-thinning procedure is used. The thick glass is pulled outward, a constriction made, and the thick glass knocked away. After reheating, the tiny hole is opened to the diameter of about an inch, the upper half of the cup is reheated and inflated with the soffietta, then after another reheat, the soffietta is used. And after a final reheat the cup has given its complete, flared form. The finished object is flashed in the furnace. The metal punty rod tapped lightly to break it free of the goblet, and it's left in the annealing oven for slow cooling. 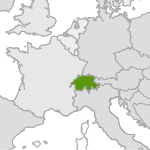