The video shows flameworking used to create the critter’s body and to add the pincers, legs, and antennae. The body is kept nearly soft throughout the process to avoid cracking.

The Scorpion is made of pre-formed rods of intensely colored opaque black glass. Glass is heated in the flame, the ends pushed together to gather (or build up) more glass, and this will become the body of the creature. Here, the larger rod is separated from the body. And the gather is flattened between two graphite surfaces. A smaller rod is used to begin adding the legs. During the process of adding the legs, the flame is allowed to blow against the body to keep it hot. Throughout the entire process (and it is a long process), the entire construction has to be kept well over 1,000 degrees Fahrenheit. The unfortunate consequence of allowing the body of the creature to cool too much during the adding of the legs is that it can violently break.

The surface of the body is heated and a knife used to carve in grooves. The next portion of the pincers are added. The exact position of the pincers are refined. After ensuring that the body is well over 1,000 degrees Fahrenheit, the second joints of the legs are added. If the second and third joints of the legs are added too soon, they melt away and lose their definition during the flashings required to keep the entire body hot.

A very soft flame is used to soften the entire structure. The final positioning is given and the process of flame annealing begins. The tail is softened and given its shape. And the entire scorpion is bathed in flame. It's essential that everything be at the same temperature and well above the annealing temperature: about 1,000 degrees Fahrenheit. And here the final flame annealing begins: a cool yellow flame is bathed over the entire creature for about five minutes.

When the Scorpion was cool enough to handle, the excess glass is cut free of the end and the flame used to create the final shape. Even the tail must be flame annealed. 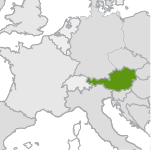